Bonds are a type of fixed-income security that represents a loan from investors to borrowers, most often governments or corporations.

Bonds act as agreements between lenders and borrowers that stipulate the loan terms and the number of the loan’s installments.

Various entities, including corporations, municipalities, states, and sovereign governments, provide financing for projects and operations in bonds. Bondholders are also known as creditors or debtholders of bond issuers.

The bond’s details include the due date the principal will be paid to the bond owner and the loan’s terms for making variable or fixed interest payments.

The Issuers of Bonds

Bonds are a systematic method of borrowing money for governments (at all levels) and enterprises.

The government is responsible for funding infrastructures, such as roads, schools, dams, and other facilities.

It may be necessary to raise additional funds due to the unexpected costs of war.

The same is true for firms that borrow money for expansion, purchase land and equipment, pursue profitable initiatives, research and development, or hire new personnel.

Large organizations often face the problem of requiring more funds than the typical bank can provide.

The bond market offers a solution to this problem by allowing many individuals to assume the role of the lender.

Thousands of investors can lend a percentage of the needed capital on the public debt market.

Also, bonds can be purchased and sold by other investors long after the original issuer has raised the required funds.

How do Bonds work?

Bonds are a type of security commonly referred to as fixed-income security. They are one of three assets classes that most individuals are familiar with: stocks (equities), bonds, and cash equivalents.

Bonds issued by most corporations and governments are traded on a public exchange; however, some are exclusively traded over-the-counter or privately between creditors and debtors.

Borrowers issue Bonds to specify the loan terms, the interest rate to be paid, and the date the borrowed funds (bond principal) must be repaid (maturity date).

Investors receive a return (the coupon) for lending their funds to the issuer because the interest payment is a part of what they receive. Coupon rates determine the number of payments, and they are based on interest rates.

Among the factors to consider are the credit quality of the issuer, the period before maturity, and the coupon rate compared to the current interest rate environment.

The face value refers to the amount of money returned to the borrower at maturity.

Most bonds can be sold by original bondholders to new investors once issued.

It is also important to note that bond investors are not required to hold bonds until they reach maturity.

There are several different styles of bonds available to investors. The difference can come from the interest rate or the coupon payment; the issuer has recalled them or other factors.

Bonds with convertible features allow holders to convert their debt into stock (equity) at a future date, depending on certain conditions, such as the share price.

As an example, suppose a company needs to borrow $1 million to start a new venture. A company might issue bonds with a coupon of 12 percent and a maturation date of ten years for borrowing money.

They may still choose to issue the bonds mentioned above instead of those with an 8 percent coupon, which allows them to convert the bonds into stock if their price goes over a certain threshold. If they knew there were investors prepared to purchase 8 percent coupons, they might decide to issue those bonds instead.

Considering that the company is still in its early stages, the convertible bond may be the best option since a lower interest rate would enable the company to save money while the project is yet to take off.

Bondholders who convert their bonds will not be required to pay any more interest or principal if they do so.

Investors may see convertible bonds as an excellent investment since they will be able to profit if the project succeeds.

They are indeed taking on greater risk by accepting a smaller coupon payment, but the potential payoff, should the bonds be converted, may compensate for that.

Bonds that are “callable” can be recalled before they reach maturity by the company that issued them.

If a firm borrows $1 million through bonds with a 10 percent coupon for a 10-year maturity date, the firm is reported as being in the red.

If interest rates are lower or the company’s credit rating is better in year five, the corporation might borrow for 8 percent; the company would be able to call back or purchase the bonds and reissue new bonds with a lower coupon rate.

Bond buyers risk more when purchasing callable bonds because they are more likely to lose money if their value increases. Remember that bond prices rise when interest rates fall.

Therefore, bonds that are callable but have the same maturity, credit rating, and coupon rate are less valuable than those that are not callable and have the same characteristics.

Bondholders can re-sell bonds after they mature to the corporation or return them to the market before they mature.

Bond investors wishing to receive their capital back before a bond’s value declines can benefit from this arrangement if they are concerned that the value of the bond will decline or if interest rates are forecast to rise in the future.

Bonds with put options are often valued higher than bonds without put options, even if the bonds have the same credit rating, maturity date, and coupon rate as the puttable bond.

An embedded bond can have many conceivable combinations of puts, calls, and convertibility rights.

It is impossible to compare these rights directly since some bonds include more than one type of “option,” making comparison difficult.

It is common for bond professionals to help individual investors select bonds and bonds funds appropriate for their investment objectives.

An individual’s bond price is determined by the quality of the bond being sold. Bond prices fluctuate daily, as they do with any other publicly traded security, with the price determined by the conditions of supply and demand at a given point in time.

On the other hand, the valuation of bonds follows a logical progression. When we talk about bonds, we assume that investors will hold them until they expire.

While you will receive both your principal and interest if you do this, there is no guarantee that you will.

The maturity date of a bond, on the other hand, does not require the bond to be kept until it matures.

The price of bonds can change substantially, at times dramatically, whenever a bondholder sells them on the open market.

A rising interest rate in the economy affects the price of bonds, which is why they fluctuate.

Investors would not prefer the government bond and the corporate bond since both provide a return of $100.

If the economy takes a turn for the worse and interest rates drop to 5 percent for a short time, then you might want to consider that possibility.

A government bond investor may receive $50 in return but still receive $100 in return for business bonds.

The corporate bond becomes significantly more appealing as a result of this difference. Investors will, therefore, bid up the bond price until it reaches a premium that equalizes the current interest rate environment.

The well-known assertion that bond prices increase inversely with interest rates is correct.

The decrease in bond prices resulting from higher interest rates results in a closer alignment between bond yields and prevailing interest rates and vice versa.

Consider our bond’s yield instead of the price of our bond if it were to change. Instead, examine the bond’s yield if its interest rate changes.

The following example shows that the yield increases to 12.5 percent if the price decreases from $1,000 to $800.

A yield-to-maturity (YTM) calculation is an alternative method for determining the price of a bond. An investor must hold a bond until it matures to realize YTM, which is the total return on the bond.

Yield to maturity is usually expressed as an annual rate rather than a monthly rate, yet it is considered an indicator of long-term bond yields.

In other words, it is the interest rate at which an investor will earn a profit on an investment in a bond, as long as they maintain the bond to maturity and keeps all payment schedules current.

Calculating yield to maturity may be a complicated process, but it is an extremely useful concept for comparing bonds with varying coupons and maturities available on the market at the time of calculation with other bonds.

YTM can be calculated using the following equation by solving for the interest rate. However, this is difficult, so most bond investors interested in YTM will use a computer program to perform this calculation.

An estimate of the changes in bond prices due to a future change in interest rates can also be made using the length of a bond.

A change in the interest rate of one percent results in a change in the price of a bond, but for practical purposes, duration is defined as the change in the bond’s price. A modified duration bond refers to this second bond definition, which is more realistic.

An estimate of a bond’s maturity can estimate how sensitive the price is to changes in interest rates for a single bond or a portfolio of bonds.

The most sensitive bonds to changes in interest rates are those with long maturities and low coupon rates.

Bond duration is a nonlinear risk indicator, so it changes according to price and interest rate movements, and convexity measures how these variables relate.

What Is an Example Of a Bond?

Consider the instance of the XYZ Corporation as an illustration. To build a new factory, XYZ needs to borrow $1 million. However, the company has not secured this funding from a bank.

A different approach is taken by XYZ, which intends to raise funds by selling $1 million in bonds to investors.

XYZ agrees to pay its investors 5 percent interest per year for five years, with interest payments made semiannually following the bond’s provisions.

How Do Bonds Work?

Generally speaking, bonds are an investment offered by governments and enterprises to raise money from investors. In this sense, selling bonds might be viewed as borrowing money from the buyer’s standpoint.

The purchase of bonds is regarded as an investment from the buyer’s perspective because it entitles the purchaser to guaranteed repayment of the principal and a stream of interest payments.

Aside from these advantages, some types of bonds can provide other advantages, such as the opportunity to convert bonds into shares of the issuing company’s stock.

What Are Some Different Types of Bonds?

There are many different types of bonds, as shown by the example above for a common bond. Bonds with zero interest rates, for instance, do not pay interest during the life of the bond.

It is their par value; the amount returned to the investor at the end of the period is greater than what the investor paid when the bond was purchased.

Bondholders with convertible bonds, on the other hand, have the option of converting their bonds to shares in the issuing company if certain targets are met.

There are also other types of bonds to choose from, each with unique characteristics such as tax planning, inflation hedging, etc. 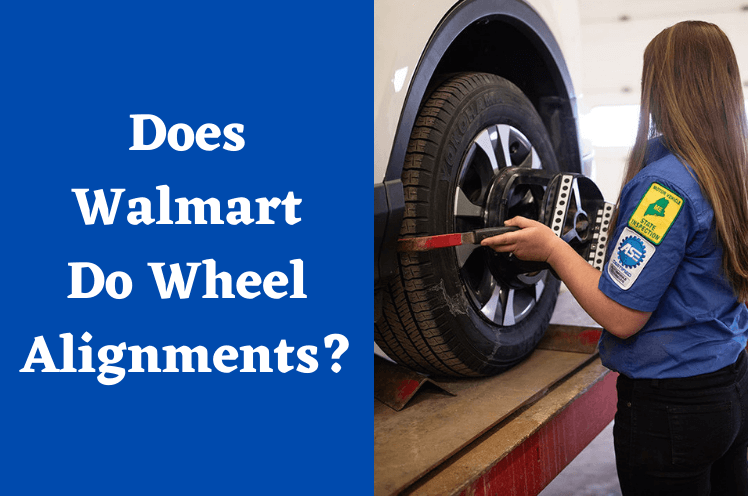 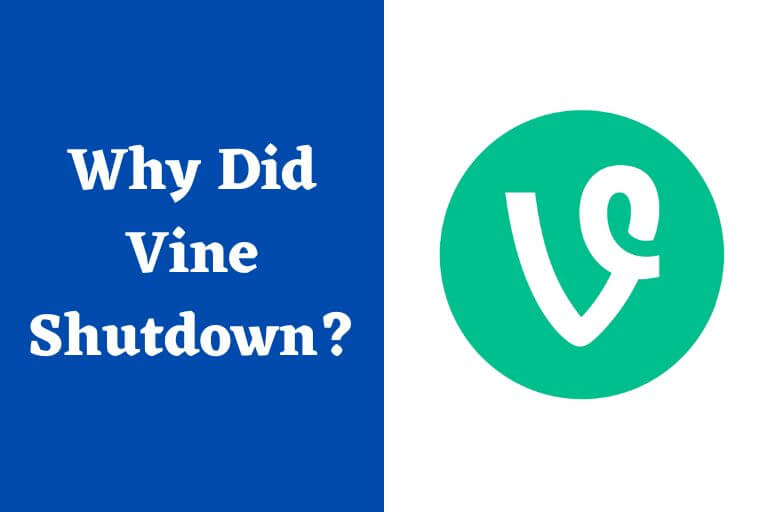 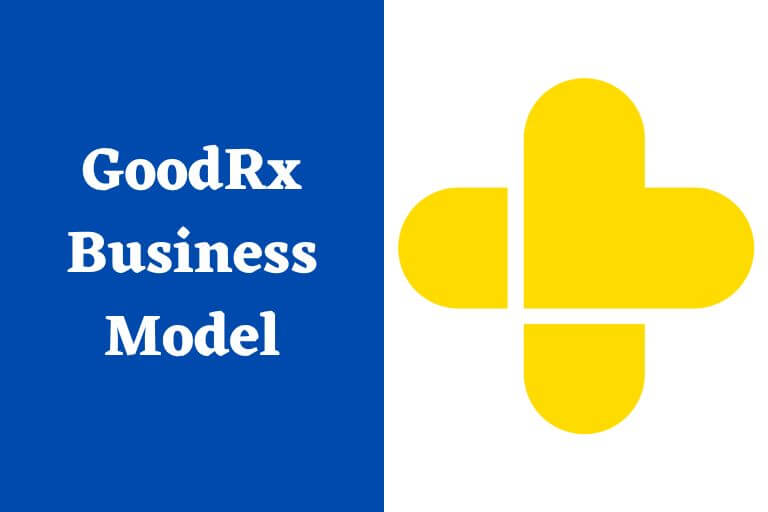 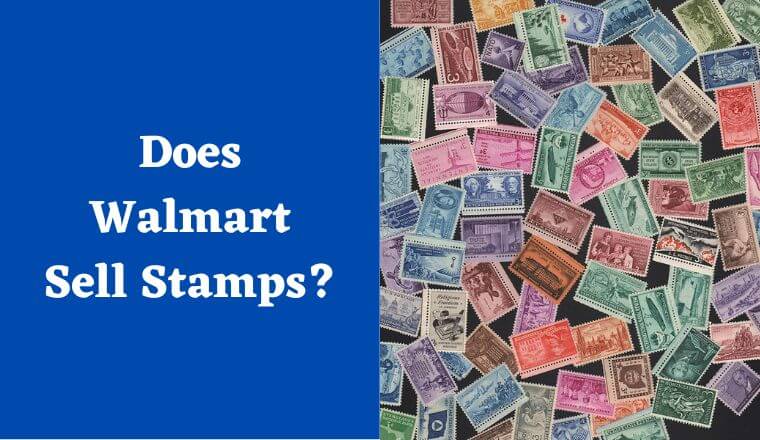