If you enjoy marketing, you will undoubtedly enjoy the Advertising examples presented in the next article.

We selected some of the most well-known corporations and showcased their most effective advertising.

Marketing is the lifeblood of any business; no brand can thrive in today’s market without effective marketing. Advertisements play a vital impact in determining a company’s sales.

Additionally, it contributes to building the relationship between the customer and the business.

Let’s take a look at some of the best advertising examples from some of the world’s most recognizable corporations.

Brands can draw inspiration from these examples and use them to help shape their marketing approach.

Coca-Cola’s 2011 ‘Share a Coke’ campaign became viral, and Coke garnered a big fan base due to this campaign. Customers were permitted to customize their coke bottles by printing their desired names.

This is an excellent demonstration of crowd engagement. Coke demonstrated to its customers that it cares about them. This was one of the most effective campaigns by a brand to date.

The campaign was a success — fans became regular purchases, and Coke cemented its place in its customers’ hearts.

Nike – Just Do It Ads

When you first hear the term Nike, what comes to mind?

Isn’t that the case?

This Nike campaign was launched in the 1980s, and sales soared by more than $8 billion within a decade.

It was the aim of this campaign to motivate clients to exercise. Nike hit it out of the park emotionally, and the campaign was a smashing success.

Nike’s message with the ad was straightforward: If you don’t want to work out, Just Do It. If you’re not in the mood to wake up early in the morning, simply Do It.

Nike did an excellent job of solving people’s issues: this was the most powerful thing that a brand could do. Nike is considered one of the best manufacturers of sporting goods today.

Always launched the #LikeaGirl campaign in 2015, and it was a smashing success. The company hopes to dispel the notion that there is a gender divide in our culture through this campaign.

The brand demonstrated how ladies are just as fit as boys to participate in any sport in this advertising.

This advertising does an excellent job of addressing the stigma associated with girls participating in any sport.

As with Nike, it Always focused on the issue; there is an issue in society, and the company addressed it.

The campaign increased the company’s revenue and enhanced its image among its target population.

McDonald’s late-night service is a good example of effective advertising. When considering the most inventive advertisement instances, it’s impossible to overlook McDonald’s.

Two lamps are strategically placed above the billboard, illuminating the company’s emblem and indicating that they are open at night. Isn’t that novel? It is, indeed.

McDonald’s commercial for its open-at-night hours was a textbook case of doing the right thing at the right time.

Their message was illuminated at night. McDonald’s established the standard for thinking beyond the box.

Colgate’s adverts demonstrate how strong your teeth should be and how Colgate will help you achieve that goal.

It demonstrates what causes tooth decay and how to avoid it in its advertising.

Colgate developed awareness and education campaigns to establish a stronger connection with its customers.

You may gain people’s attention in various ways; one of them is by educating them and informing them about how you can assist them.

Adidas – Advertisement Behind the Scenes

Adidas advertisements are always vibrant and well-received. One of the world’s greatest shoe manufacturing enterprises is constantly inventive with its advertising.

Whether it’s introducing its personalized shopping app or demonstrating the manufacturing process behind the scenes;

Adidas understands how to earn its audience’s trust.

This reassured users that the brand was doing everything possible to avoid human error.

Google – A Year in Search

Google began its year in 2017 with the Search campaign, which focused on the most searched keywords on Google over the previous 12 months. Isn’t that fascinating?

Establishing engagement with the audience is a fantastic idea. It demonstrated their creativity and how much they care about their audience.

Google understands that treating its audience with respect is one of the most effective ways to engage them, and it did the right thing.

Additionally, it strengthens its relationship with its clients due to this effort.

Consider Volkswagen’s little campaign, which began in 1960 and was a complete success. Americans are more inclined to purchase larger automobiles.

Volkswagen launched this campaign to educate consumers on the benefits of smaller automobiles.

Volkswagen developed became one of the world’s leading makers of small automobiles. Additionally, it built a connection with its audience through this commercial campaign.

Advertisements for Airbnb Live there Airbnb’s advertising is fantastic because it excels at tugging at your heartstrings with visually appealing ads that ultimately channel better feelings in your head.

Their adverts are vital components of a larger advertising campaign designed to entice their clientele to visit more than just your fantasy destinations.

Nevertheless, they live there as well.

They took components from the booking site to create a Polaroid-like frame, which was undoubtedly effective in communicating the primary value proposition of the Airbnb brand.

You will examine an excellent example of promoting an item for its nighttime usage with this particular one.

Additionally, they do so deftly without using any words, relying solely on the brand name that appears on the cover of their goods.

This is an extraordinary example of creative advertising. It uses an excellent photography situation in which the product lid is skillfully employed to display a crescent design indicating the product’s nighttime usage.

Additionally, it features a brand-specific blue background against which the white skin cream shimmers like a crescent moon, evoking the cream’s nighttime purpose.

Ketchup Heinz Nobody develops Ketchup as well as Heinz, and they have the most imaginative advertising.

This Heinz Ketchup advertisement is an excellent example of imaginative advertising that achieves the goal both attractively and effectively.

They replicate the shape of a Heinz ketchup bottom by utilizing various tomato slices.

They are telling us through this style that their product is made entirely from natural, ripe tomatoes.

It is interpreted as a clever, brand-conscious example of imaginative advertising that effectively develops customers’ desire to purchase ketchup and stimulates their creative zeal.

When it comes to an advertisement that changed the way its audiences interacted daily, the top-rated example will be Anheuser-Busch Advertising.

It altered the way people communicate, and as a result of this effort, the term “Whassup” has become extremely popular in recent years.

The commercials that first appeared in late 1999 featured friends conversing on a group call while sipping beer and “watching the game” on television.

The advertisement began with the question, “What are you doing?” – And then another individual responded, “Watching the game, drinking Bud” (a Budweiser. As more companions join the call,

Then the hilarity begins: “WHASSUP!?” is shouted back and forth, eventually becoming an excellent catchphrase and a symbol of beer drinking society.

The advertisement ran continuously on sports networks for the next few years, popularizing the term ‘Whassup.’

Absolut Vodka – The Campaign for the Absolut Bottle

Absolute Vodka bottles don’t have any specific shape, but the company’s advertising made its bottles one of the most recognizable.

The campaign created a print commercial depicting bottles “in the wild.”

It was an extremely powerful advertisement, so much so that they continued to broadcast it for the next 25 years.

It features around 1,500 unique adverts.

When the Absolut Bottle campaign began, the company held a meager 2.5 percent of the vodka industry; however, by the time the campaign concluded in the late 2000s, the company had increased to a whopping 25%.

Each year, the corporation imported 4.5 million cases of vodka, accounting for over half of all imported vodka in the United States.

When it comes to advertising Apple products, the Get Mac Campaign is often regarded as the most successful in appealing to consumers and converting them into sales.

These video advertisements used a succession of engaging and fascinating campaigns to highlight the Mac versus PC issue. They became one of the most successful advertising campaigns for the Apple brand.

Apple increased its market share by 42% in its first year with this advertising campaign. These adverts inform Mac viewers about all they want to know about the item engagingly.

The fascinating aspect of this advertising example is the lesson that just because your product performs some amazing things does not imply you should hit the nail on the head with constant emphasis.

Instead, you should communicate the benefits of your product sympathetically so that customers can visualize themselves using it.

Old Spice – It distinguished itself with effective advertising initiatives. And here is the final example from our list of the most popular advertising campaigns.

The first episode of Old Spice’s “The Man, Your Man Could Smell Like” campaign, created by Wieden + Kennedy and launched in February 2010, deserves inclusion on this list.

Overnight, it became a viral success. That video has accumulated over 51 million views.

Even when Old Spice made the same actor Isaiah Mustafa the focus of the next advertising campaign in June 2010, He was instantly dubbed “Old Spice Guy.”

This was the moniker Wieden + Kennedy earned with an innovative video advertising campaign. Mustafa responded to fans’ remarks on social media networks such as Facebook and Twitter with short, tailored recordings.

According to Inc, these video recordings contributed significantly to the firm acquiring approximately 11 million views and adding more than 58,000 new Twitter followers and 29,000 new Facebook fans.

Thus, these were some of the best advertisements from the world’s leading brands.

One of the most valuable things that these instances teach is the need to increase your audience engagement. The stronger your bond with your audience, the greater your conversion prospects.

However, we saw that developing a brand’s identity in the market through awareness campaigns may be extremely beneficial.

Every brand’s sole objective is to address a customer’s problem. Brands should always strive to make life easier for their customers with their products.

Using societal concerns to garner attention is particularly beneficial if your brand’s identity has been compromised.

If you notice that your advertising effort is outpacing your target demographics,

You should do everything possible to keep them pulled in a while remaining consistent with your unique identity.

Do you have any further advertising examples to add to this list?

Which of the following is your preferred advertising example? 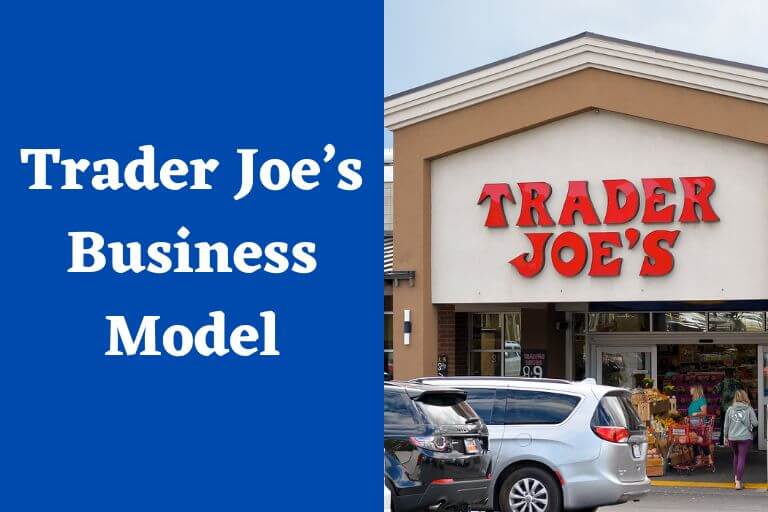 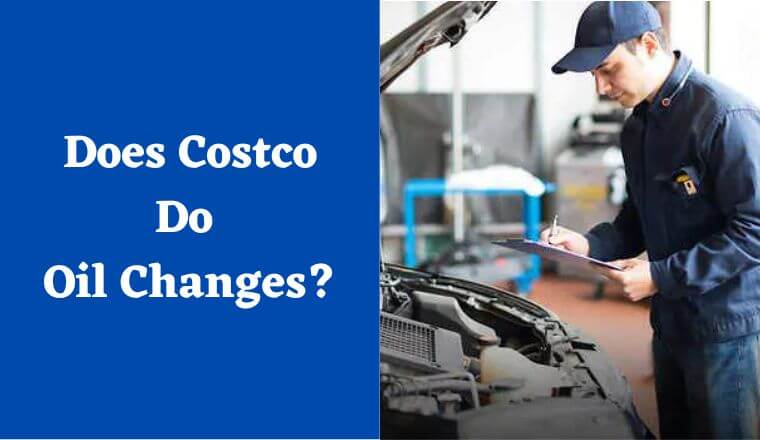 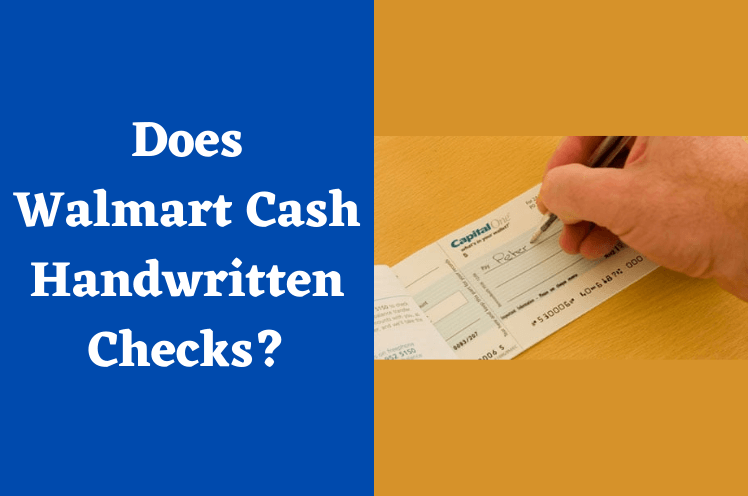